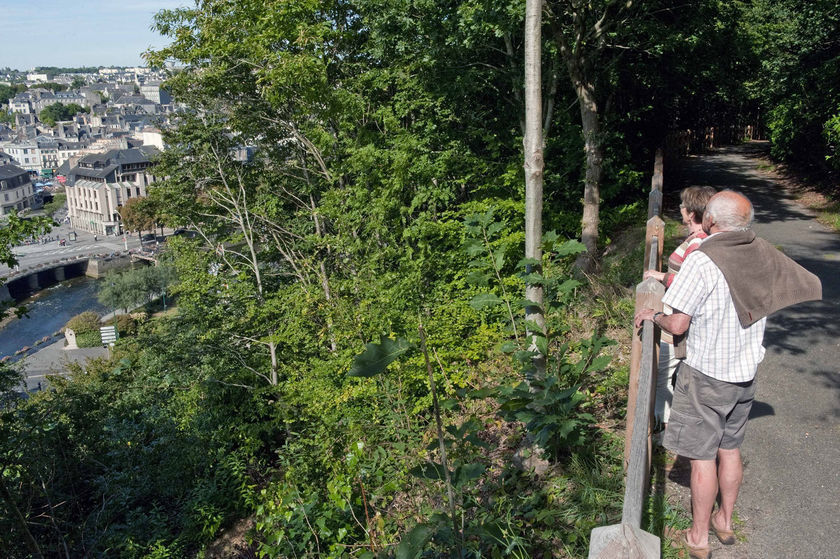 Le bois du Frugy
Quimper’s most iconic woods! Its 6 hectares were originally planted with beech and chestnut trees, which were completely devastated by the hurricane that hit Brittany in 1987. The city gardeners worked hard to replace all the greenery after the storm.

One can now walk through the replanted beech and chestnut trees, and also among birch, maple, oak and ash trees. Holly trees are much in evidence and several varieties of moss cover the ground. Varieties of hydrangea remind us of the species’ strong links to the region. A lookout was built at the top of Mount Frugy, Quimper’s «mountain», as well as viewpoints that give glimpses into the historic heart of the city

This is a special area for runners of all ages and has a 9km green circuit.

These are rustic woods that are mostly planted with oak and chestnut. There is a permanently marked orientation circuit (www.quimper-orientation.fr).

Surface area: 7 ha. Access via the boulevard de Bretagne and via rues Languedoc and Roussillon

There is a permanently marked orientation circuit (www.quimper-orientation.fr).

There is a 13.8km mountain bike trail that crosses through the woods (green level).